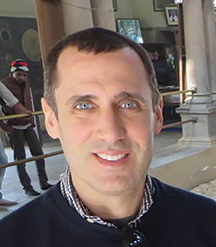 When he was running for Mayor of New York City in 2013, candidate Bill de Blasio made a campaign promise to “quickly end carriage rides” on the grounds that horse-drawn carriages don’t belong in the city’s busy streets. “Watch me do it,” he said after he was elected. One year after he took office, Mayor de Blasio introduced a bill in the City Council to ban horse-drawn carriages. And that’s when the horse manure hit the fan.

The Issues
Unlike pedestrians who walk on the sidewalks, the horses pull carriages in the streets with fast-moving taxis, tour buses and ambulances. These are living, breathing animals, but, by forcing them to work in traffic, the carriage operators treat them like motor vehicles. That is, in and of itself, a reason to ban the industry, but a closer evaluation reveals several issues that many New Yorkers have not considered.

Horses are flight animals who sometimes flee when spooked by sirens, potholes, bright colors or other stimuli. When horses frantically bolt down busy streets in midtown or in Central Park, they become weapons, endangering themselves and the public. Over the years, spooked carriage horses have caused many tragic accidents. Animal advocates have been shedding light on the abuses in the carriage horse sector and risks it poses to the general public for decades. Laurie Jordan wrote a two part piece on the history and status of the city’s carriage horses for Satya in 1994, and the conversation continued throughout the years in its pages.

It was the 2006 death of Spotty, who galloped down Ninth Avenue; crashed into a car; and sent three people to the hospital that triggered the current movement to ban horse-drawn carriages. Over the years, horses, pedestrians, bicyclists and passengers in motor vehicles have been injured in horse-drawn carriage crashes, as have customers who ride in these open buggies with no seat belts or helmets.

Working in the streets is not only unsafe for the horses but also unhealthy. Ingesting car exhaust for nine hours a day, which veterinarian Holly Cheever describes as a “nose-to-tailpipe” existence, can cause respiratory disease; the hard pavement can cause lameness; hours of direct sun exposure with no shade can cause heat exhaustion in the summer months; and communal water troughs and food contaminated with pigeon droppings can spread disease.

Horses are grazing animals, but New York City has no pasture. The horses are either confined to their stalls or between the shafts of their carriages, burdened by equipment. Depriving the horses of the chance to graze and move around freely each day, unencumbered by equipment, is inhumane. As herd animals, horses should also have the opportunity to interact physically. Without a pasture for daily turnout, the horses are unable to do anything that comes naturally to them.

The horses are kept in stalls on the 2nd and 3rd floors of four stables on the far West Side of Manhattan. If a fire broke out in one of these buildings, in which highly flammable hay is stored, the panicked horses would be unable to escape down the narrow ramps, even if someone opened their stalls one-by-one to let them out. In 2011, NYC’s Department of Health recommended that the City prohibit new stables from having stalls above the ground floor, but that change, if implemented, would have done nothing to help horses trapped in the current stables.

Horse-drawn carriages aren’t only bad for the horses; they also compromise the quality of life of New Yorkers. They add to traffic congestion throughout midtown, and their manure leaves a stench in and around Central Park, where people walk, jog and bike.

Some industry supporters say that horse-drawn carriages should stay because they’re a New York City tradition or because jobs would be lost. But tradition and jobs should never be used to justify the inhumane treatment of animals. Unlike most people whose jobs are eliminated, the carriage operators have been offered alternatives, but they have unequivocally rejected them.

Industry supporters also argue that the horses will be slaughtered if the carriages are banned, but that is a threat perpetuated by the same carriage operators who already sell many of their spent carriage horses into slaughter. According to Elizabeth Forel, the President of the Coalition to Ban Horse-Drawn Carriages, approximately 71 horses disappear from the Department of Health’s records each year. If the industry is humanely retiring each of their horses, as they claim, then where are they? By ending carriage rides, NYC will help to stop the slaughter of these horses and to reduce demand for horses exploited for profit.

Along with several other charitable organizations, the ASPCA, which opposes NYC’s horse-drawn carriage trade, has committed to finding homes for the horses once the ban goes into effect. On its website, the ASPCA states, “We stand ready to tap into our network of rescue partner to secure potential homes for the horses—facilities and people willing and able to open their hearts and homes to these animals.”

The horse-drawn carriage operators claim to love their horses, but, if they did, then they wouldn’t subject them to a treacherous life in the streets of NYC. And they certainly wouldn’t abuse their horses, as has been documented several times in the past couple years. In December 2013, a horse-drawn carriage driver was charged with animal cruelty for working a lame horse. One month later, a carriage driver altered a hoof brand to disguise a 22-year-old horse with respiratory disease as a healthy horse almost half his age. In December 2014, a driver forced his five passengers to vacate his overloaded carriage mid-ride when he witnessed an advocate filming the violation. On a day-to-day basis, the carriage drivers go through red lights, make u-turns across double yellow lines and talk on their cell phones, all which put their horses and the public safety at risk.

Horse-drawn carriages will eventually be taken off of the streets of midtown Manhattan, and future generations will look at the images and ask, “What were they thinking?” Those who fought to keep horses in midtown traffic will assuredly be on the wrong side of history.

If midtown Manhattan did not have horse-drawn carriages today and someone proposed to introduce them, New Yorkers would unanimously oppose the idea on the grounds that city streets filled with motor vehicles are no place for a19th century mode of transportation that relies on live animals.

The Pushback
Determined to prevent the bill from being passed into law, the Teamsters Union, several elected officials, and actor Liam Neeson have partnered to protect the industry by claiming that the carriage horses have good lives; by spreading lies about the motives of industry opponents; and by criticizing the Mayor for attempting to eliminate middle class jobs.

New York City’s major newspapers, which have demonstrated a strong pro-industry bias on both its news and editorial pages, have also criticized the Mayor, accusing him of supporting a ban so that one of his campaign donors could buy the stables, a complete fabrication.

One newspaper, the New York Daily News, has created a “Save Our Horses” logo, which it has included in their many stories promoting the industry and denouncing the Mayor’s plan. The public is unaware of the real motive behind the Daily News’ campaign, but many speculate that newspaper is using this seemingly simple issue as a platform to discredit Mayor de Blasio, whom they avidly dislike. In fact, in the weeks leading up to the 2013 primary election, the paper consistently attacked de Blasio in order to bolster the chances of his opponent, Christine Quinn, who the paper endorsed.

Equally egregious as the media’s use of lies to promote the industry is their failure to provide fair balance by reporting on the various humane and safety issues behind the efforts to ban the industry. If the media shared this information, then elected officials and members of the public would at least have the chance to make an informed decision about whether or not to support the Mayor’s bill.

Still Waiting
On August 19, 2015, Mayor de Blasio delivered a major blow to NYC’s animal advocacy community by walking away from his own bill to ban horse-drawn carriages, stating that the advocates are responsible for generating support among City Council Members. What he did not say—and what he doesn’t want the public to know—is that he didn’t even try to fulfill his promise. He didn’t lobby the Council Members to sign on to the bill; he didn’t attempt to build public support; he didn’t address the misinformation being reported in the press; and didn’t speak out after accidents were reported. We have no evidence that he did anything at all to support the bill. The Mayor is attempting to exonerate himself on the grounds that the bill doesn’t have support in the Council and among members of the public. If that’s the case, it’s only because he didn’t do any work to generate that support. The next step is to compel the Mayor to do his job by exerting his leadership instead of walking away without having even tried.

Donny Moss, a NYC- based animal rights activist, runs the online animal rights news magazine Theirturn.net. In 2008, Moss made the 2008 award-winning documentary film BLINDERS about the controversy surrounding NYC’s horse-drawn carriage trade. www.blindersthemovie.com. From 2009—2013, he led a successful campaign to end the political career of an elected official running for Mayor who blocked animal protection legislation in NYC for eight years.

[Editor’s Note: In late November 2015,  Mayor de Blasio hinted at a new proposal that would limit the number of horses and move their stables to within Central Park. This plan would still be subject to City Council approval.]