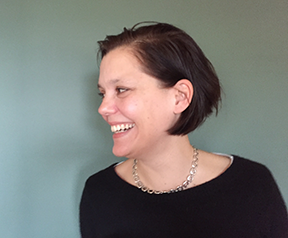 In 2013, the Equal Justice Initiative (EJI) began erecting markers in and around Montgomery, Alabama to commemorate the victims of slavery and lynching in the South. These small plaques stand as a rebuke to the monuments glorifying Confederate politicians and generals that litter the towns and capitals of the former Confederacy. It was here, in Montgomery, and in hundreds of other places throughout the United States, that people were bought and sold, and then, from the bloody aftermath of the Civil War through the period of the Civil Rights movement, that they were lynched. These markers commemorate sites that should be remembered for their role in the slave trade that thrived in this region before the Civil War.  The markers also commemorate the more than 326 people who were lynched in Alabama between 1876-1950, extra judiciously executed and then neglected by history. According to EJI Director Bryan Stevenson, interviewed on p. 136, “The silence makes it all the more destructive and provocative.” It seems obvious today that these remembrances are appropriate. What is remarkable is that it has taken so long for their absence to be recognized and rectified.

The Lost Cause
One of the most enduring casualties of lost wars is pride. The humiliation lasts long after the soldiers have been mourned and rubble cleared. The ramifications are enormous. The physical scars can be healed, but the legacy of loss is a wound that, above all others, must be redressed. For the losers, part of coming to terms can manifest in an effort to ennoble and justify their actions. In the aftermath of the Civil War, that effort was known as the Lost Cause. Even before the war ended, an effort by Confederates had already begun to recast the South’s role, to explain and equivocate about the motivations for a war that had begun as an effort to preserve slavery, and ended with more than 600,000 dead, the country divided and slavery abolished.

As a response to the South’s military defeat, many former generals and politicians of the Confederacy stepped up to defend the indefensible. They explained that the war was fought not to preserve slavery, but to protect states’ rights, which ushered into the American vernacular a series of coded expressions which cloaked the race violence of the war and its aftermath into more socially acceptable explanations.  Supporters tried to re-frame their efforts as one between individualism and states’ rights versus industrialized, powerful federal interests. This theme resonated with people who felt that racial and social equality was a threat to their perceived opportunities and status. The Lost Cause movement was mainly concerned with re-framing and justifying the causes of the Civil War, describing it as a struggle to ‘preserve the southern way of life’, which while not explicitly stating that the referred to ‘way of life’ included racial subjugation and slavery, made its nostalgia clear to receptive audiences. The movement grew and metastasized, through Reconstruction, into the Jim Crow period of segregation, through the civil rights era and continues today. The Tea Party movement that has sprung up, perhaps not coincidentally during the administration of the first black president, is an heir to the aggrieved coded language of exclusion used by the originators of the Lost Cause movement. Cries to take back “our” country from “them” naturally raise the question of who “they” are and what it means for “our” country to be lost.  No one who uses the phrase ‘states’ rights’ and remembers the massive resistance movement against forced desegregation could be unaware of the message of solidarity it sends to Southern whites about civil rights.

The effort by the EJI to erect markers to commemorate victims of racial violence is a corrective to the effort to recast history that has taken place during the last 200 years. While the passage of the 13th Amendment freed slaves in 1865, the repercussions have been undulating since, in the aftermath of emancipation that set the legacy of the denial of civil rights in motion. By erasing and obfuscating the truth, the opponents of equality took their struggle away from the battlefield and moved it into the living rooms, jails and police stations of the country. The effort to point out this inequality, to seek equal space in the collective national memory by erecting markers to remember the people who were victims of the slave trade, mere blocks from the Confederate Memorial Monument in Montgomery, Alabama helps to right a 150 year old wrong. The effort of the Lost Cause and its subsequent violent incarnations has been to strip their adversaries and victims of humanity, to deny them justice, individual autonomy and dignity. And bearing witness to the victims of violence is an action of personal restoration and a global rejection of the practice of perverting and manipulating the truth.

The Long View
One of the most important things I learned in graduate school was to question the author’s intent in any published work. Every writer has a political objective and a narrative he or she is trying to shift. Sometimes that involves correcting a falsehood, sometimes it means perpetuating one. But inevitably, there are current or past cultural issues that each of us would like to recast or effect. We all hope to be on the side of truth.

When Martin Rowe and I started Satya in 1994 we chose as the name of our project the Sanskrit word for truth. We did not believe that our magazine would be the ultimate arbiter of truth, but instead that we would offer a variety of different perspectives from people of good intention, and hopefully leave our readers better equipped to decide what truth means to them. I believed then, and still do, that more engagement and conversation is a means to a more peaceful coexistence for all living beings. As Satya grew under the editorial vision of Catherine Clyne, we worked to take on more global issues. The decision to stop publishing Satya in 2007 was difficult.  We hoped to leave a legacy of trying to put out something worthwhile, one that encouraged engagement and action, tempered by the rejection of trivial distractions or fanatical adherence to a political perspective. Our overall ambition was to try to offer our readers productive alternatives to combat the pervasiveness of indifference and easy sarcasm, which can often be the byproducts of grappling with overwhelming problems.

The opportunity to publish an anniversary issue with Sangamithra Iyer has rekindled all the hopes I had for Satya. We’ve found the title of this issue, The Long View, to be a tool for rediscovering perspectives from the past in order to gain insight as we look toward the future. In considering the trajectory of conversations within the history of the magazine, the question of why some social justice movements grow, while other deserving and noble causes stagnate remains an unanswered question. In publishing this issue we have worked to preserve the memory of past efforts in addition to providing a platform for a continuing conversation about justice in a variety of forms.

Satya called itself a magazine of vegetarianism, environmentalism animal advocacy and social justice, but I think what we always strove for, and continue to work toward, is to spotlight voices working toward a greater understanding of compassion, and ways to discover better how to utilize these lessons in our own lives. I’d like to think that in publishing Satya we have offered a space for writers, artists and readers to come together to erect, discuss, note and debate an ongoing collection of markers, paying tribute to lives and ideas that shouldn’t be ignored or forgotten. And hopefully, these conversations can bring us closer to the truth.

Beth Gould was the co-founder of Satya and has served as its publisher since 1994.